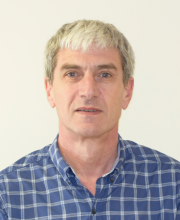 History of Social Work in Israel

Mediterranean Welfare States: This study seeks to identify commonalities and differences between welfare states in the Mediterranean region.  The goal of the study is to ascertain whether the "olive oil welfare states" have specific features that distinguish between them and other welfare states and if these features can contribute to our understanding of social policy formulation and impacts in these nations.

Social Work and Policy Practice:  While involvement in social change is a professed goal of social work, relatively little is known on the ways in which social workers actually engage in policy-practice intended to change social policy on different levels.  The goal of this cross-national project is to investigate the various forms of engagement of social workers in policy practice and to formulate an explanatory model for this type of practice.

Access to Social Rights:  This project (supported by the National Insurance Institute) examines the factors that impact the take-up of cash benefits and efforts by state and non-state actors to actively address non-take of these benefits.

History of Social Work in Israel: The project covers diverse aspects of the development of the social work profession in Israel and pre-state Palestine.  It includes the analysis of the role of German social workers on the establishment of social work in Israel (GIF) and the study of additional chapters in the emergence of the profession.

Social Services in Israel: Under the auspices of the Taub Center for Social Policy Research in Israel, I am involved in a number of studies looking at various aspects of social services in Israel, including the impact of outsourcing of services, the role of non-profits, changes in services for people living in poverty and the role of cash assistance in these services.