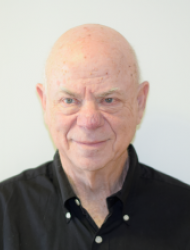 The principles and changes in the policy and programs designed for victims of hostile (terrorist) acts in Israel. Funding: The National Insurance Institute.

Caring for crime victims by the Local Welfare Bureaus in Israel. Funding: The National Insurance Institute.

The personal expenses of people who were criminally victimized. A grant by The Ministry of Justice, The Inter-Ministerial Committee on Crime Victims.

Worries of parents to school children, A research study.  Funding: The HebrewUniversityof Jerusalem.

The introduction of the "victim impact statement" in Israeli Courts of Law. Funding: The Israeli Association of Criminology and the MinervaCenterfor Human Rights.

Victims of terrorism: This research examines the personal social services and the social assistance programs designed to help individuals and families who lost their dear ones in a hostile (terrorist) act. The research focuses on the definition, nature and size of the target population, the different entitlements offered to victims, survivors and their dependents. It focuses on state and voluntary services that help civilians have suffered physical and mental injuries, loss of income or damage to their property as a result of an act of terrorism. The study includes an evaluation of these programs from the victims' perspective.

Restorative Justice – Victim offender conferencing program adopted by the youth probation services.  This study examines the Israeli experience in applying restorative justice principles in the youth probation services. What began as an experiment in one town became a state wide project, applying various types of conferencing to engage crime victims and offenders in a dialogue, aimed at applying ‘re-integrative shaming’ principles, reducing re-offending by the perpetrators and empowering crime victims. Unique evidence emerges from multi-cultural conferencing experience where victims and offenders, coming from different communities in Israel, engage in a joint process, led by the probation services.

The personal expenses of people who were criminally victimized. People who were criminally victimized, face themselves, and their families, a significant reduction in their earnings and a loss of income. Furthermore, because of the different traumas involved, crime victims have to pay, themselves, for the different medical, mental and rehabilitation services that they need. The study includes families who lost a member in a man-slaughter case, women who suffered violence and fled to a refuge themselves, sometime with their children, and others who were  criminally victimized. The study focuses on the direct and indirect (short and long-term) costs that these victims faced.

Yanay, U. (2001). 'Support and Compensation Provided to Victims of Violent Crimes in Isael' in Kop, J. (Ed). Allocating Resources to Social Services - 2000, Jerusalem, The Center for Social Policy Research in Israel(pp. 227-250).

Yanay, U. (2003). The introduction of the "victim impact statement" in the Israeli courts of law, In Hovav, M., Sebba, L.  &  Amir, M., )ed.) Trends in Criminology, Jerusalem, The HebrewUniversityof Jerusalem, Faculty of Law. The Sacher Institute for Legislative Research and Comparative Law. Pp. 235-274.

Yanay, U. (2007). Victim of hostile (terrorist) acts in Israel: The challenge of providing comprehensive assistance and care. Social Security 73, 11-39 (In Hebrew)

Yanay, U., Grabli S. (2008). Victim Offender Conferencing: Evaluating the Process and its Outcomes in the Youth Probation Services. Jerusalem, The Hebrew University of Jerusalem, The Paul Baerwald School of Social Work and Social Welfare and The State of Israel and The Ministry of Welfare and Social Services, The Youth Probation Services (In Hebrew).

Yanay, U. and Benbenishti R. (in press) Worries of parents' to school children in Israel. Families in Society.

Yanay, U. (in press) Caring for victims of violent crimes: Issues of assistance and compensation in Canada,International Journal of Canadian Studies.

Yanay, U. (in press) Victim of hostile (terrorist) Acts in Israel: the challenge of providing comprehensive assistance and care. Social Security

Uri Yanay's site at the Research and Development Authority