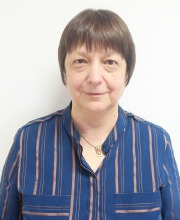 The socio-legal construction of foreign workers' involvement in crime.

The project examines the way motherhood is perceived and experienced by incarcerated females and prison personnel. Based on interviews with mothers incarcerated in the Israeli female prison, the study attempts to understand both the social-structural factors influencing motherhood in prison and the methods in which female prisoners create their own identity as mothers.

The socio-legal construction of foreign workers' involvement in crime.

This study follows law enforcement agencies attitudes and practices towards documented, un-documented and asylum seekers in Israel. It analyzes various variables related to arrest data. Utilizing the narrative method, it analyzes court cases of foreign workers that appeared before the court in criminal offences and examines the public and official discourse relating to this group. The construction of the socio-legal reaction to foreign workers' involvement in crime is situated in the wider political economic regime of neo-liberalism and its logic.

This historical study traces the origin and emergence of women's organizations that provide welfare services and their evolvement over time. It focuses on the transformation in the social and political roles played by these NGOs in the creation of civil society. The project is grounded within wider processes such as: the transformation of social movements and community based organizations into formalized  NGOs and  the concomitant NGOization of civil society; erosion of the welfare state within the framework of neo-liberal regimes and ideologies.

Ajzenstadt, Mimi and John Gal (eds.) (2009). Access to Social Justice in Israel. Jerusalem: The Taub Centre for the Study of Social Policy in Israel (Hebrew).

Ajzenstadt, Mimi (2010). "The Jewish Women's Equal Rights Association of Palestine and its Struggle to Establish the Role of 'Mother of the Family' in Pre-State Israel, 1919-1948." In:  Eyal Katvan, Margalit Shilo and Ruth Halperin-Kadari (eds.). One Law for Man and Woman: Women, Rights and Law in Mandatory Palestine. Ramt-Gan: Bar-Ilan University Press (Hebrew). Pp.57-85.

Ajzenstadt, Mimi (2010) "Women in the Workforce in the Context of Neo-Liberalism: The Case of Israel." In: Shelley A.M. Gavigan and Dorothy E. Chunn. (Eds.) The Legal Tender of Gender: Law, Welfare and the Regulation of Women's Poverty. Oxford: Hart. Pp. 123-141.

Soffer, Michal and Mimi Ajzenstadt  (2010) "On Stigma and Otherness: Mirror Representations of HIV/AIDS and Heart Disease in the Israeli Press." Qualitative Health Research. 20 (8): 1033-1049.

Soffer, Michal and Mimi Ajzenstadt (2010) "The Multidimensionality of 'Pains of Imprisonment' among Incarcerated Women in Israel" Women and Health. 50(6):491-505.

Ajzenstadt, Mimi and Assaf Shapira (2012) "The Socio-Legal Construction of Otherness under a Neo-Liberal Regime: The Case of Foreign Workers in the Israeli Criminal Courts." British Journal of Criminology. 54(4): 685-704.

Page at the Research and Development Authority site