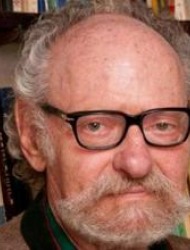 Developing psycho-social applications according to kabbalistic paradigm of tzimtzum (contraction) as any interdisciplinary framework and basis for the comparative study of psychology and religion.

The study of the psycho-social foundations of Hasidic Kabbalism.

The study of the psycho-social foundations of Hasidic Kabbalism:Research has focused on the re-biographic time perception inherent in Midrashic narrativism, on the psychological bridge between rationalism and mysticism available in the PaRDeS and on the dialogic system regulating the yetzer-yetzira continuum.

Rotenberg, M. (1995) Pardes and PaRDeS: Towards a psychotherapeutic theory. IsraelJournal of Psychiatry and Related Sciences, 31(3): 162-169.

Rotenberg, M. (1996) Embrace and stroking: comments on the response of Emmanuel Levins. Science of Judaism, 36 (Hebrew).

M. Rotenberg's site at the Research and Development Authority